< Back to the previous page

Why gold and crypto aren’t the easy answers to inflation

There’s no getting away from the fact that higher inflation is set to stay for a while. We first focused on this in last July’s email, when UK inflation hit 2.5%. How modest that looks now! When we mentioned it again in November, we were looking at 3.1% ­– an increase largely in line with expectations. And while no one expected it to change direction since then, there were few that guessed we’d hit today’s level of 5.4% quite so quickly.

Now that inflation has reached its highest number in 30 years, do we need to revise what we do with our money? The answer is both yes and no.

Yes, it’s a good idea to review your spending, especially when it comes to the goods and services most affected, such as energy and fuel. How much inflation impacts you will largely depend on the particular basket of goods and services you use, so it’s possible to make a real difference by changing some spending habits. If you’re unable to tweak your expenses enough to redress any imbalance with what’s coming in, it may be time to look at adjusting your income too.

However, when it comes to how your money is invested, there’s no compelling reason to take any action in the face of persistent high inflation. Even so, you might hear about plenty of people exploring different investment options at times like this. Here we’ll take a look at a couple of assets currently feeding the headlines.

Many view tangible commodities like gold as a safe inflation hedge that holds its purchasing power over the long term. But does it really? Let’s take a closer look at the performance of gold over the last 50 years.

Above we can see that the price of gold shot up in the late 1970s and peaked in 1980, back when both the UK and US were grappling with double-digit inflation. While this helps confirm its potential value in periods of rapid price increases, a true inflation hedge would be much more stable to consistently stay ahead of the cost of living. What we see instead is a great deal of fluctuation, including a mostly downward trajectory in the 1980s that persisted for 20 years – while inflation remained relatively low and flat. Had you been invested in gold over that time, you’d have lost a chunk of money.

So maybe it’s no surprise that gold was one of the worst-performing assets of 2021… and the last decade too. Below we can see the average ten-year return for gold was just 1.6% compared to 16.5% for equities in the S&P 500.

Last year, much of the usual inflow of investment into gold as an inflation hedge seems to have been redirected to another, altogether more modern asset: bitcoin. Given bitcoin launched in 2009 – so didn’t even exist in the last period of high inflation – it’s ironic that it’s considered a safeguard against it!

Cryptocurrency (or ‘crypto’) is essentially digital money, the most famous unit of which (among thousands) is bitcoin. Having a finite supply – just 21 million for bitcoin – its value can’t be directly influenced by the money-printing antics of central banks, as happens with traditional currencies.

Whether or not you see the appeal of – or even understand – such a new and ethereal asset as crypto, it’s difficult to ignore its rapid ascent. Incredibly, bitcoin has seen gains of almost 4,300% over the last five years.

Let’s scratch the surface here. Last year, while gold lost around 5%, bitcoin appreciated by 65%. But it was a highly volatile journey. Since an all-time high in November, bitcoin’s value has fallen by 44%. In the face of US interest rate increases, on 10th January the entire cryptocurrency market lost over $300 billion (14%) of its value, and a further $147 billion (9%) in one day two weeks later.

So you might hear about a lot of money being made on the crypto market, but there’ll be a lot more people making losses than gains. It’s a rocky, albeit trailblazing, road for investors. 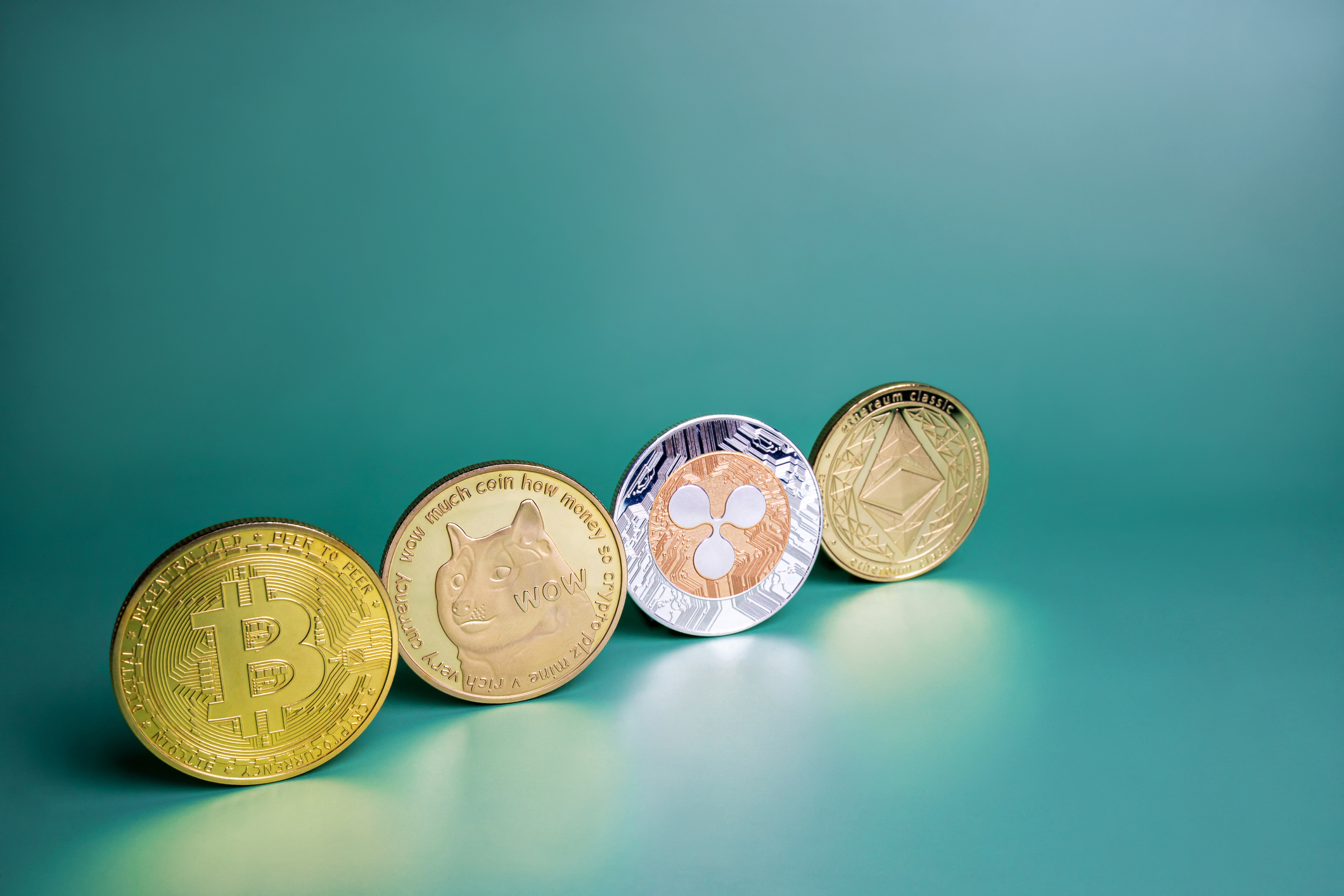 Because of the extreme volatility and difficulty in valuing cryptocurrency, we see it as speculation, not investing. We’re not saying that it’s a flash in the pan – we think it’ll stay around for a while and make some people lots of money (including, let’s face it, some money launderers). But it will also leave plenty more with much emptier pockets.

It’s not just about investment risk. With many scams now targeting crypto assets ­– and very little regulation – there’s an element of the Wild West about it. As this area isn’t generally covered by the Financial Conduct Authority, most fraud victims are unlikely to get any compensation.

With its often dizzying highs, arbitrary value and technological appeal, we can’t help but find comparisons to the dotcom bubble of the late 1990s. When asset valuations soar so high and out of proportion with the rest of the market, it’s unsustainable and often ends in a global economic crash. It happened when the stock market unravelled in the 1920s and when the real estate bubble burst in the 2000s too. If the crypto bubble eventually bursts, as well as affecting those holding cryptocurrency, this could deflate valuations elsewhere and potentially kickstart another recession.

Don’t panic! These are uncertain times but, as with any market challenge, diversification, patience and a clear head are the keys to investment success.

At Wealth Matters, we’re not about chasing the latest trend or speculating with our clients’ hard-earned money. We maintain that the best way to protect against inflation is to invest in a globally diversified portfolio of equities over the long term. It’s a tried and tested, academically researched approach that works. The performance of our WRAPS™ portfolios ­proves it – all funds, even our most cautious option, have consistently and comfortably beaten inflation over the last 25 years. So you can rely on us to continue providing long-term stability and financial security, whatever happens.

After the last couple of years we’ve all had, we know that what’s really important is being able to make the most of the time we have and lead a fulfilling life. This isn’t about making as much money as possible for the sake of it. While we’re pleased to provide market-beating returns for our clients, ultimately, we’re here to help you enjoy the life you really want.

We’ll leave you with this message from author Jason Butler on finding the sweet spot between wealth and happiness.

You can find out more about which cookies we are using or switch them off in settings.

Your browser is out-of-date!

Update your browser to view this website correctly.Update my browser now

This website uses cookies so that we can provide you with the best user experience possible. Cookie information is stored in your browser and performs functions such as recognising you when you return to our website and helping our team to understand which sections of the website you find most interesting and useful.

Strictly Necessary Cookie should be enabled at all times so that we can save your preferences for cookie settings.

If you disable this cookie, we will not be able to save your preferences. This means that every time you visit this website you will need to enable or disable cookies again.